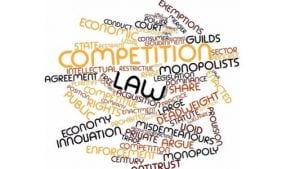 Draft competition legislation and policy were customized for the country

In late 2017, the Ministry engaged the services of a competition lawyer to draft Competition (Antitrust) Legislation for The Bahamas. The Consultant undertook a legal inventory of existing statutes, subsidiary legislation and policies that have an impact on all economic activities in The Bahamas and conducted an economic mapping survey of the economic and dynamics of key sectors in The Bahamas.

The results of the legal inventory and economic mapping survey were used to ensure that the draft competition legislation and policy were customized for the Bahamian context; fulfilled The Bahamas’ current obligations for Competition Policy under the CARIFORUM-European Union Economic Partnership Agreement (EPA) which The Bahamas signed in 2008; and policy met World Trade Organization (WTO) accession requirements.

Scenarios were developed for the institutional design of a competition agency

Additionally, the Consultant sought to build on an existing Draft Competition Bill (dated 1st August 2007), and develop scenarios for institutional design of a competition agency taking into account the powers and functions of the Utilities Regulation and Competition Authority (URCA) under the Communications Act, and models existing in other CARICOM jurisdictions.

The PowerPoint presentations made during the Consultations can be accessed here:

Comments on the draft legislation should be submitted by August 3rd

The Ministry encourages comments on the Draft Legislation so that they may be conveyed to the Consultant, and subsequently submitted for the information and consideration of the Office of the Attorney General and the Law Reform Commission.

Comments on the Draft Competition Legislation can be forwarded to trade@bahamas.gov.bs, preferably by 3rd August 2018.

The Ministry can be contacted via 328-5071 to 6 or via trade@bahamas.gov.bs for additional information if necessary.