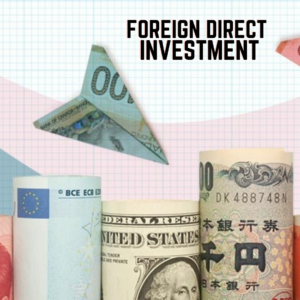 There is a popular saying which goes “never let a good crisis go to waste”. The world faces a panoply of crises: climate change, the COVID-19 pandemic and a likely global recession if recent predictions from the International Monetary Fund (IMF) and World Bank pan out. Faced with this trifecta of crises, Caribbean governments have evinced greater urgency to work closer with the private sector for diversifying and transforming their economies to sustainable growth and development paths. This article argues that, while not a panacea, attracting foreign direct investment (FDI) in high-value sectors is one of the ways Caribbean governments could achieve sustainable post-COVID-19 transformation of their economies. The article further contends that the benefits of FDI are not automatic and that Caribbean countries’ foreign investment promotion and facilitation efforts must be informed by data, their national development strategies and focused on also wooing regional and diaspora investors.

In their study entitled “Supporting Economic Transformation”, McMillan et al. (2017) define economic transformation as “a process of moving labour and other resources from lower- to higher productivity activities.” This, they argue, entails not just shifting resources between sectors to higher-value activities, such as shifting from agriculture to manufacturing, but also such change within sectors, such as shifting from producing low productivity subsistence farming to high-value crops within sophisticated value chains (McMillan et al 2017).

Sustainable economic transformation has been a post-independence policy imperative of Caribbean governments. Caribbean economies have largely moved from monocrop economies, focused on the export of agricultural commodities, to services-based economies buoyed primarily by tourism and financial services exports. The commodities-based economies of Trinidad & Tobago, Guyana, Suriname have also been underdoing diversification efforts. The region has seen generally high levels of human development. However, economic transformation of regional economies has been constrained by several structural factors, including small population size, narrow economic and export bases, high import dependence, and their susceptibility to shocks.

In their IMF blog post dated October 2020 Pienknagura, Roldos & Werner (2020) noted that although the region had been relatively successful at managing the virus spread, Caribbean countries were the hardest hit economically because of their heavy dependence on tourism for economic activity and employment. The authors likened the sudden stop in tourist arrivals and local lockdowns to ‘a cardiac arrest to their economies’. The COVID-19 pandemic has further exposed and exacerbated pre-existing social issues: rising crime, large informal economies, youth underemployment and unemployment, poverty and growing income inequality.

The good news is that, as the World Bank (2022) reports, many of our countries are expected to experience positive growth, with Guyana and Barbados projected to lead the Latin America and Caribbean region in growth in 2022 (World Bank 2022). However, many headwinds exist, such the Russia-Ukraine crisis, global inflation, a weakening UK economy and news that the IMF expects some two-thirds of the global economy to contract in 2023. There is also the looming debt crisis as many developing countries, lacking enough fiscal space, were forced to take on new debt to ride out the pandemic.

Caribbean countries generally have very liberal and open investment regimes. In large part, our countries followed the ‘Industrialisation by Invitation’ model proposed by St. Lucian-born Nobel Prize Laureate in economics, the venerable Sir W. Arthur Lewis. The empirical literature shows that FDI has many benefits for countries, including employment generation, foreign exchange, and the transfer of skills, knowledge and technology. However, Executive Secretary of the United Nations Economic Commission for Latin America and the Caribbean (ECLAC) noted that while FDI was key for economic recovery, “there is no evidence to suggest that FDI has contributed to a change of direction in the development model in the [LAC] region because many inflows go the sectors where transnational enterprises have played a prominent role for decades.” While detailed data on FDI flows by sector is not widely available in the Caribbean, successive ECLAC reports show that most FDI to the region generally goes to tourism and the extractive sectors.

It is increasingly recognized that countries should focus on attracting FDI in sectors which would help them achieve their development objectives. To this end, UNCTAD (2014) has identified in its World Investment Report of 2014 10 SDG-related sectors as follows: power, climate change mitigation, food security, telecommunications, transport, ecosystems/biodiversity, health, water and sanitation, climate change adaptation and education (UNCTAD 2014). The sectors of focus at Caribbean Export Development Agency’s forthcoming Caribbean Investment Forum in November 2022, namely digital economy, agribusiness, the blue economy, sustainable tourism, logistics and transportation innovation and renewable energy are all high growth sectors and sectors which, in many cases, are SDG-related.

How do we make FDI transformative?

First, Caribbean countries should continue to identify and prioritise those sectors in which FDI could be most transformative, in particular the SDG-related sectors UNCTAD (2014) identified. Most Caribbean countries’ IPAs indeed indicate on their websites and marketing material sectors of particular interest to their country for attracting investment. However, there is limited available data on what levels of FDI goes to these sectors and there is therefore need for greater levels of FDI data disaggregation, including by sector.

Second, given the region’s sizable diaspora and efforts to transform the CSME into a single investment space, the focus should not just be on attracting and facilitating foreign investors (those without ties to the region) but also diaspora investors and regional investors. Caribbean IPAs have already made diaspora FDI targeting part of their promotion efforts and these should be intensified. Particularly, it is important to conduct research on what are the potential investment interests of the diaspora and any barriers to investment the diaspora experiences.

Third, investment reforms must form part of a wider investment strategy, which coheres with the country’s industrial and trade policies, all of which are moored to the country’s development strategy. To this extent, it is important for those countries which have them to evaluate the utility of their international investment agreements, in particular their bilateral investment treaties.

Fourth, competition for investors among Caribbean countries cannot be merely on tax rate or incentives alone, but on their value proposition to investors, through things such as market potential, ease of establishment, access to finance, and other factors which investors consider in their decisions. Moreover, despite on-going reforms and improvements, doing business within the Caribbean and between Caribbean countries retains many frictions. Intra-CARICOM trade remains low compared to many other regions due to many factors, including logistical and historical factors but also because of the financial frictions.

Fifth, the aim is to attract investment which is development-friendly, sustainable and inclusive. Therefore, screening of proposed investments to prevent environmental degradation, as well as monitoring to ensure compliance with environmental and labour laws will ensure such investments are sustainable.

Sixth, evidence-based investment policy requires data which is lacking for many Caribbean countries. Limited disaggregated data on investment type, source or sector makes it difficult to empirically assess the effectiveness of investment promotion and facilitation strategies. Moreover, investors often rely on such data in making their decisions on whether to invest or reinvest. As such, a concerted approach to improving the quality, timeliness and availability of data should be a key component of the region’s efforts.

In summary, accelerating the promotion and facilitation of foreign direct investment is one important element for the post-COVID-19 sustainable transformation of Caribbean economies in an increasingly polycrisis world. It can do so by stimulating economic activity, foreign exchange inflows and job creation. However, these benefits are not automatic and must be informed by a sound development strategy and monitored if they are to achieve the desired results.