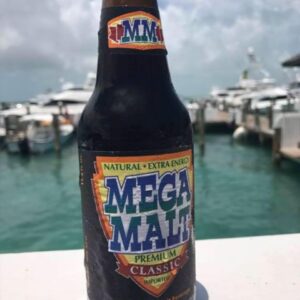 Partnering with Walmart has been a big dream of his

Bahamian-owned beverage brand Mega Malt is now being sold in Walmart stores across the US, a feat that is “just as great as winning several Olympic gold medals”, The Bahamas’ first Olympic track and field medalist and Mega Malt owner Frank Rutherford told Guardian Business.

Now that Rutherford, his brewery and distribution network have Walmart in the bag, increasing production to meet the demands of 1,500 Walmart locations is the next big leap, the Bahamian triple jump star explained. Walmart demands one million to one-and-a-half million cases, he said.

While he did not want to say the size of the investment needed to get into the world’s biggest retailer and expand production, he explained that it was significant and ongoing.

Rutherford said getting his malt beverage into Walmart has been a big dream of his for some time, but now he is setting himself up for the end game – a buyout by a big corporation.

“Walmart is the world’s number one retailer. It’s the crowning glory, it’s the utopia,” said Rutherford.

“It’s the greatest thing that exists today in the world if you happen to be a company and you have a product.

“If you can get in Walmart you would have accomplished something just as great as winning several Olympic gold medals.

“It’s the crowning glory and something I’ve always dreamed of doing when I created Mega Malt as a businessman. If you understand how business works, you build something and then you sell it.”

That’s just what Rutherford said he did when he built a distribution network for Vita Malt back at the end of the 1980s.

He first became the global brand ambassador for the popular malt beverage, and then later the owner of the distribution network for the Americas.

After holding that business for several years, he then sold the company before starting Mega Malt in 1996.

Mega Malt is sold throughout Africa, the Caribbean and South America

Now, almost 30 years later, Rutherford said he will have to ramp up production four times his current amount in order to fill orders for Walmart.

“My brewery that produces my product for me, they have the ability of handling the increase, so that’s number one,” he said.

While Rutherford contends that Mega Malt has now reached the “Mount Everest” of distribution lines, he is still not content with the level of consumption in his own home country.

“Why is it that we don’t support our own? Mega Malt doesn’t sell in a lot of Bahamian businesses. The more Bahamians buy, the more I invest in our young people. There is a social consciousness to Mega Malt.”

He said as Mega Malt continues to grow, he will employ the celebrity of Bahamian stars like NBA players Clay Thompson and Chavano “Buddy” Hield, and Olympic gold medalist Shaunae Miller-Uibo to market the brand.

“I want to use our Bahamian superstars to also market Mega Malt globally,” Rutherford said.

“And so that’s part of my future marketing and sales strategy.

“Something we’re not too good at doing is using our own. We have a problem with our own. But not me.” 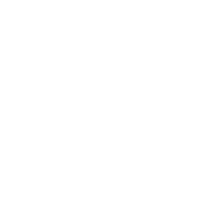