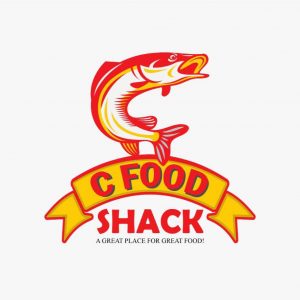 The seafood-centric menu is a take on classic Caribbean cuisine

A Bahamian native, Culmer moved to the United States when he was in tenth grade, went on to earn degrees in business administration and culinary arts, then worked at various hotels and restaurants in Florida before returning to the Bahamas to run a restaurant near the famed Junkanoo Beach in Nassau.

He wound up back in Miami, working as a chef at Meat Market on Lincoln Road. But his dream was to open a Miami Beach outpost of his Bahamian restaurant, CFood Shack.

He found the perfect location while having lunch with his wife, Marquita, at the Lincoln Eatery food hall.

“I overheard a woman showing a site at the hall to two other gentlemen,” Culmer recounts. “I chased her to her car and asked her a bunch of questions. She asked if I had a business card and a sample menu.”

The management at Lincoln Eatery thought the concept was a great fit.

Culmer says opening at a food hall provides two key benefits. “It’s not as big of an investment as opening my own restaurant, plus I don’t have to worry about a liquor license since there’s a bar on-site,” he says.

The flagship CFood Shack offers a seafood-centric menu that highlights Culmer’s take on classic Caribbean cuisine and draws many of its recipes from the food his grandmother prepared in her kitchen.

The Miami Beach CFood Shack, which opens this Thursday, June 11, will offer conch, crab, lobster, calamari, mahi, and shrimp dishes at prices that range between $14 and $40. Emphasis will be on quality seafood, Culmer says, explaining, “When you want seafood, you don’t want gimmicks.”

He had intended to open in April, and the past few months have been a strain on Culmer’s budget. But he’s excited to get going. “This is not a normal way to open at all, but operations have picked up in the past two weeks. It’s been a roller coaster of emotions.” The chef says he might offer an abbreviated menu in order to better adjust to “the wave.”

He is well aware that even without coronavirus, the restaurant industry is fickle. “The first three months is the hardest at any time, but in South Beach we’re relying on hotels to reopen and that’s another major risk,” he notes. Then again, “Since a lot of people are still doing takeout and delivery, people are really looking at the quality of the food. Maybe before, a restaurant could survive strictly on ambiance, but now people have to rethink our menus. I think we’ll be able to shine in that respect.”

He also sees a benefit in the community of Miami’s black chefs, who are using the hashtag #blackownedbusiness on social media. “People want to see what we’re bringing to the table and that’s awesome,” Culmer says.

“We are a predominantly black culture,” he says of his upbringing. “I was raised to go after what I need to go after. As a Bahamian coming over here, I am treating every meal purchased, every drink, as people investing in my business.”

In the end, Culver lives by his restaurant’s motto: A great place to break bread.

“Yes, I’m Bahamian,” he says. “Yes, some European travelers might not know what conch or jerk is. But we want people to come here because it’s a great place for great food.”