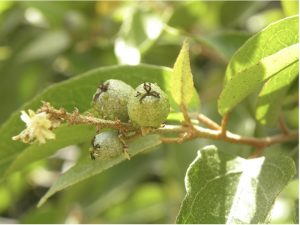 Government wants to broaden economic growth on the Family Islands

The Bahamas is moving at full steam to create a cascarilla-based industry on Acklins, according to Parliamentary Secretary in the Ministry of Agriculture and Marine Resources Carlton Bowleg.

The ministry is seeking to increase the export of cascarilla bark and oil, which it believes would increase economic activity on that island, create jobs and potentially develop a cascarilla plant industry, essentially carving out a space for The Bahamas in the multibillion-dollar essential oils industry.

“In the government’s quest to broaden economic growth and employment opportunities, significant focus is being placed on promoting economic activities within the Family Islands. The commercial cultivation of cascarilla on selected Family Islands is one such activity,” Bowleg said during a press conference on Friday.

“If the domestic production of cascarilla oil is established, the processor will require a secure supply of cascarilla bark. As cascarilla bark is harvested from the wild, security of supply will only be guaranteed if commercial cultivation of the plant is started.”

On-island, value-added production of the cascarilla is envisioned

According to the Ministry of Agriculture and Marine Resources, The Bahamas is currently only exporting cascarilla bark to the United Kingdom, Italy, France, the United States and Germany. There are no true benefits accrued to the country from the value-added products.

Cascarilla is indigenous to The Bahamas and is found more abundantly on Acklins, Crooked Island and Cat Island. The cascarilla plant is used in the production of the alcoholic liqueur Campari and as an essential oil, it can be used in medicines and perfumes, among other commodities.

“The government of The Bahamas through the Global Environment Facility (GEF) seeks to facilitate on-island, value-added production. The key program objective is to increase the export of bark and oil through the development of a sustainable cascarilla industry. This will be enabled by the organized propagation of the plant, facilitation of at least two commercially viable cascarilla oil processing facilities and the creation of at least five new ancillary businesses,” Bowleg said.

A cooperative has been formed to modernize the cascarilla industry

“The ministry is delighted to announce that residents in Acklins have successfully formed themselves into a cooperative and are completing the final requirements for gazetting. In August of this year, they had their first annual general meeting, where officers and committees were appointed. Philip Williamson was elected as chairman of the Acklins Islanders Cooperative Society Limited.

A team of ministry officials and agriculture stakeholders are expected to travel to Acklins later this month to prepare a pilot-scale extraction facility for potential commercial production.

The team also plans to establish a nursery for a cascarilla plantation with the help of the Caribbean Agricultural Research and Development Institute (CARDI) and the Bahamas Agriculture and Marine Science Institute (BAMSI).

The team will also train and certify the new Acklins Island Cooperative Board.

According to website prnewswire.com, the global market for essential oils is projected to grow by eight to nine percent until 2022, to approximately $11.67 billion. The market is driven primarily by the demand for essential oils such as orange oil, mint oils, clove oil and patchouli oil by end-user industries.

Click here for information on Potential Markets for Cosmetics or Pharmaceutical Products.