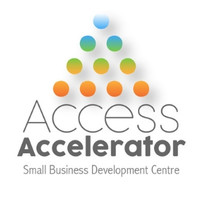 Small Business Development Center (SBDC) Executive Director Davinia Grant said the loans, grants and equity financing being considered for businesses on the storm-ravaged islands of Grand Bahama and Abaco should not take more than ten days to be approved.

The government is allocating $10 million from the dormant accounts fund to help restart businesses on Grand Bahama and Abaco as quickly as possible, Deputy Prime Minister and Minister of Finance Peter Turnquest said yesterday. Turnquest, who was speaking at a Small Business Development Center (SBDC) press conference to announce the allocation of funds to businesses on those islands, said Grand Bahama and Abaco represent 18 percent of the country’s gross domestic product and need to be brought back online as quickly as possible.

Grant said the businesses on those islands will be needed to jumpstart the economies of both the islands.

The initiative will assist many that have lost inventory or premises

“We, like the government, would like to see businesses up and running again,” Grant said. “We’re excited to be able to help with not just loans, but grants and equity.”

According to Grant, prior to the storm the SBDC had 102 startups and 52 existing businesses in the pipeline for funding. She added that almost 800 people signed up on Grand Bahama were signed up with the SBDC.

Those businesses and potential businesses are being asked to go to the SBDC’s website to fill out a form to begin the process of having their applications and companies vetted to receive funding.

Grant said $5 million will be used to guarantee up to $6.7 million in loans with some of the local clearing banks on Abaco and Grand Bahama.

This initiative that we have put together is to assist many that have lost inventory or premises,” Turnquest said.

“We’re going to allocate $10 million of that (dormant account) fund to help restart the economies in these communities through direct subvention.”