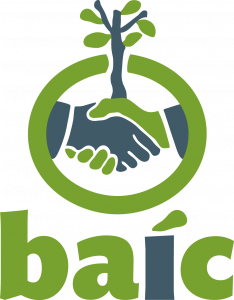 BAIC manager would like Bahamian straw handbags to be offered worldwide

Twenty-two Bahamian women created an array of straw products during a recently-completed workshop facilitated by the Bahamas Agricultural and Industrial Corporation (BAIC).

The participants in the Straw Craft Workshop Stage II produced handbags, beaded clutches, passport holders and one hand bag of their own creation from native straw. A banker, fashion designer, nurse, retired persons and budding entrepreneurs were among the attendees.

Eldena Cartwright, straw craft instructor, said: “They were quick learners. They helped each other. They had fun, and the majority of them are now well able to build on what they have learned to become entrepreneurs.” She added that some of the participants have already sold some of their pieces.

Debbie Strachan, BAIC’s senior deputy general manager, said she was impressed by the colours and beauty of the handbags that were produced. Addressing the Straw Craft Workshop’s closing ceremony, she added that she looks forward to the day when Bahamian-made straw handbags will be offered worldwide.

Quite a number of people can benefit from the straw industry

Janis Coakley, one of the participants, described the workshop experience as “very intense”. She added: “I believe that as the older Bahamians who have been involved in plaiting straw are dying out, the tradition is being lost.”

Almost ready to retire from her full-time job, Ms Coakley said she intends to open a school to teach children how to plait and sew so that they can make their own handbags and potentially start a business.

Monique Glinton, another participant, said of the straw products: “This is what the six million tourists who come to our shores each year should be taking back home with them. A piece of our culture.”

Brynda Knowles added: “The straw is grown in The Bahamas. Someone has to harvest it. Someone cures it and plaits it. So by the time the straw is purchased and crafted into handbags for sale, quite a number of people are benefiting from the straw industry.”

To sustain the straw craft industry, she said: “We need to start planting more palm trees throughout the country.”

Click here to learn more about the Creative Industries sector in The Bahamas.