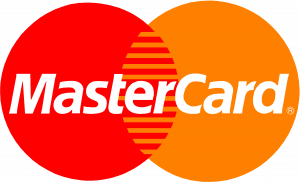 Mastercard yesterday said it is hoping that a “change in mindset” will lead to greater Bahamian take-up of its solution for micro and small businesses in cash-dominated industries.

Juan Zavala Aleman, Mastercard’s manager of account management, said The Bahamas was one of the first markets targeted for Mastercard’s ‘Bank in the Box’ solution.

“It’s a 360 solution which enables micro merchants to accept payments,” he said. “We give them a POS system that is plugged to your phone. The funds accepted on those transactions go directly to a prepaid card.

Electronic forms of payment are faster and more secure

“That prepaid card is issued by Fidelity in this case. They are the owners of the input system. We started in the Straw Market and also did it with some of the taxi drivers. It’s slowly growing. It’s a challenge because you have to change the mindset and educate on how to use it.”

Mr Aleman added: “You have to walk them through the process and take them step-by-step so they can see the value of the process. If you don’t do that they are never going to change their mindset. They don’t know what they’re missing but you have to show them the real opportunity and how they can improve their business.

“It is not just accepting the transactions, but how they can manage their cash, how many transactions they are doing.” MasterCard executives yesterday said many micro and small businesses in the Caribbean do not accept electronic forms of payment despite these being faster and more secure.

“Our main common competitor is mainly cash. Consumer transactions are still reliant on cash. It generates a huge cost for the economies of the countries,” said Marcus Carmo, MasterCard’s communications director.