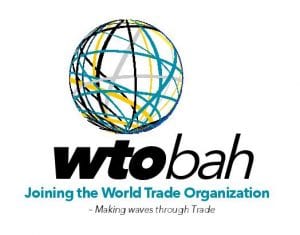 Distinguished guests, ladies and gentlemen, colleagues, I am pleased that I was invited by the Chartered Institute of Arbitrators Bahamas Branch to bring opening remarks at the organization’s Panel Discussion on “Dispute Resolution under the WTO”.  My remarks today are timely in that they are my first public remarks as Minister of Financial Services, Trade & Industry and Immigration with responsibility for the WTO accession process and International Arbitration.

I wish to take this opportunity to applaud all participants here as you continue to partner with my Ministry, as we seek to explore new growth opportunities for The Bahamas.

In an increasing globalized world one of the primary goals of the Government of The Bahamas remains job creation and diversifying the Bahamian economy. However, if The Bahamas is to grow, we must position ourselves to take advantage of the opportunities taking place internationally. In that regard it is increasingly recognized that arbitration is quickly becoming the dispute resolution method of choice for parties engaged in contractual relationships.  Recognizing the importance of foreign direct investment in our economy, and the financial, economic and reputational implications for all Parties, the Government remains committed to the establishment of The Bahamas as a modern and sophisticated international commercial arbitration centre. The goal is to position The Bahamas as the destination of choice for persons to resolve their international disputes.

The Government believes that the establishment of The Bahamas as an arbitration centre will not only complement the Bahamian legal profession, and financial and maritime services sectors, but will also stimulate foreign direct investment and other international business initiatives, critically needed to diversify our economy.  The potential for long term employment opportunities for Bahamian professionals working in such areas is significant.

Government aims to have arbitration legislation passed this year

In that vein I would like to take this opportunity to provide a brief update on the status of the International and Domestic Arbitration Bills, 2018.  As you may be aware, the Government has chosen to enact two  separate pieces of legislation to govern arbitration in The Bahamas, both of which have been previously tabled in the House of Assembly.  Passage of both Bills will bring further certainty and clarity to the Law, particularly for those interested in using The Bahamas as a venue for arbitration matters.

The International Commercial Arbitration Bill 2018 incorporates key provisions of the Model Law of the United Nations Commission on International Trade Law (UNCITRAL). As you are well aware, the Model Law has become the global benchmark for good arbitration legislation and reflects a worldwide consensus on key aspects of international arbitration practice accepted by states the world over no matter their legal or economic systems.  More importantly, the adoption of the UNCITRAL Model Law provides security and predictability to practitioners and arbitrators alike, who have become familiar with its provisions. The incorporation of the UNCITRAL Model Law into our legislation on International Commercial Arbitration is a key element in establishing The Bahamas as a hub for regional arbitration.

It is the goal of The Government to have all legislation tabled and passed in both Houses by the end of the year.  I would like to take this opportunity to commend those who continue to lead the charge in advocacy and dedication to the cause of establishing The Bahamas as a premier International Arbitration Centre.  Your support and participation is welcomed and encouraged.

I note that CIArb continues to work along with the Government on various initiatives. The high level of commitment and involvement of the organization in providing guidance and oversight to key professional bodies throughout the country should be applauded.  The fact that Bahamians can now be trained in the field of Arbitration locally without incurring the expense of having to go abroad has to be applauded.

By volunteering your time and service to the development of Arbitration, you demonstrate your love for country and the industry. You continue to ensure that there are new opportunities for the industry to grow and develop, and become the preeminent regional destination for International Arbitration.

I want to encourage all members of CIArb to continue to be active in efforts to advocate and encourage the advancement of International Dispute Resolution. I also urge you to encourage other professional service providers and new entrants to embrace the benefits of membership, to expand the network and expertise available within our country and to be trained and ready to take advantage of the opportunities available to practice arbitration internationally.

WTO negotiations will be guided by target dates rather than deadlines

The current topic of discussion for the Panelists “Dispute Resolution under the World Trade Organization” will touch on matters which also fall within my new area of responsibility as the newly appointed Minister with responsibility for international trade, including WTO Accession.  Todays gathering provides an opportunity for me to bring some clarity to the discussion on The Bahamas’ accession to the WTO.

The discussions about The Bahamas becoming a member of the World Trade Organization has been widely debated since the Government announced a 2019/2020 target date to conclude  a protracted process  that started over 18 years ago.  The dates touted were  targets of the Government, rather than deadlines. Both the WTO Negotiating Team, and the Government at large have maintained that we should not get side-tracked by or place unnecessary emphasis on the December 2019 or June 2020 target date previously announced by the Government or see those dates as fixed dates set to conclude this process.

While the Government is committed to reforming the country’s trading regime and its laws, strengthening existing institutions, facilitating trade to further the ease of doing business and expanding opportunities for Bahamian businesses, strict timelines and meeting target dates are not the principle goals in this process. Paramount for the Government is the necessity to ensure that any trade negotiations that The Bahamas might be involved in are ultimately beneficial to the Bahamian people and advance the development interests of The Bahamas. This Administration is about empowering the Bahamian people and growing the Bahamian economy.

The discussions by the Panelists this afternoon will no doubt further contribute to the ongoing dialogue about the process, and further educate the public about the process. Undoubtedly, the Panelists will address the challenges currently being faced by the WTO Dispute Settlement Mechanism. However, I wish to highlight that as the Bahamian Government is focused on reforming the economy and modernizing its policies and institutions – many of which were devised prior to our nation’s independence – WTO Members are also currently engaged in intense discussions and negotiations aimed at modernizing an institution which needs to be adapted to meet the needs of a changing global economy.

In conclusion, I encourage all members of CIArb to actively and tangibly participate in all efforts of the Government on such an important topic which will have far reaching implications for the future growth and development of our country in a globalized environment.

Thank you and God Bless.