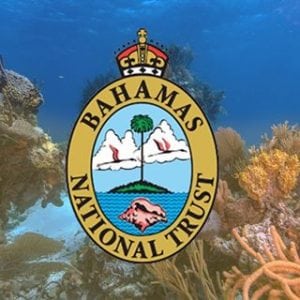 Leasing land to private developers will be off-limits

The Bahamas National Trust (BNT) yesterday revealed it is “exploring” ten ventures with private entities involving the country’s National Parks, but pledged: “Nothing unethical will be allowed.”

Eric Carey, pictured, the BNT’s executive director, confirmed to Tribune Business that the organisation was looking at proposals involving “the operation of concessions” within the National Parks, but said leasing land to private developers was off-limits.

Declining to release details on the proposed PPPs, Mr Carey indicated the BNT had been prodded by successive governments to examine such arrangements as alternative sources of financing to improve upon the annual taxpayer subsidy it receives.

The BNT’s accounts show it received $1.5m and $1.4m grants from the Government in 2017 and 2016, respectively, without which it would have made a substantial operating loss for both years. Its endowment fund, the Heritage Fund, did possess some $4.319m in assets at end-2017 through investments in government bonds and Templeton Global mutual funds.

“The BNT is exploring at least ten private-public partnerships (PPPs) for people to operate concessions in the National Parks,” Mr Carey told Tribune Business. “But we do not intend to lease any land or divest ourselves of any assets.

“That’s not been in any discussions with any potential party for any National Park. We’ve had no discussions about any lease agreement at all. We will not lease any land to anybody. That’s currently not our policy.”

Mr Carey was contacted after Tribune Business sources suggested Albany, the multi-billion dollar high-end residential community in southwestern New Providence, had proposed a $50,000 annual lease of part of Warderick Wells Cay – the location of the headquarters and visitor centre for the Exuma Cays Land and Sea Park – the first protected area of its kind in the world.

Christopher Anand, Albany’s principal, could not be contacted for comment yesterday despite Tribune Business leaving a message on his cell phone.

The BNT executive director confirmed that Albany was one of the ten potential partners for the Trust, but denied that its proposal involved leasing land or the construction of buildings on Warderick Wells Cay as a ‘getaway destination’ for high-end clients – as this newspaper’s contacts had suggested.

Mr Carey branded such suggestions “mischievous”, but declined to provide any detail on the proposed PPPs or the nature of the “concessions”. “We’re working on a number, but I’m not prepared to release any details right now,” he added. “When we finalise our first concession we’ll make a statement about it. We have not signed any agreement, finalised any details or discussed any numbers.

BNT has yet to determine its preferred PPP model

“When we spoke to successive governments about committing funding for us, they encouraged us to look at models available around the world, and PPPs are being used to fund National Parks.”

The Government’s $1.5m grant accounted for 35 percent of the National Trust’s $4.282m income in the year to end-December 2017, which saw it incur a net operating loss of $101,162. This followed a similar $117,976 net operating loss for 2016, although these figures do not include dividends and the performance of the Heritage Fund.

Mr Carey said the BNT had yet to determine its preferred PPP model, adding: “Somebody can come to us with a deal and say this is what we like. We will evaluate whether it will take away public access and rights.”

He added that requests to lease land within any of the National Parks would be “a very difficult proposal to sell”, and pledged that the BNT would safeguard the Bahamian public’s interest in any PPP arrangement.

“Absolutely nothing unethical or untoward will be allowed,” Mr Carey told Tribune Business. “These National Parks are trusted to us to protect the national resources, and to ensure and allow for appropriate public access.

“Anyone can enter now and in the future. We protect the national resources and public access to these places.”

But one Tribune Business source, speaking on condition of anonymity, questioned whether private interests would want public access to their “concessions” should it be granted by the National Trust.

“When you start talking about concessions in the park for private use, for who’s use could it be?” the source asked. “Look at Disney at Lighthouse Pointe. That means exclusive use.

“The National Parks are for the use of Bahamians and all those who reside here. If you go about carving them up, that opens the door for all sorts of carve-outs.”