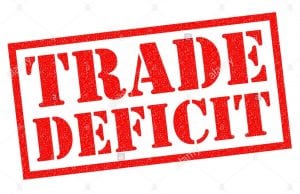 The Bahamas’ annual trade deficit expanded by 19 percent to over $3bn in 2017, as this nation’s merchandise import bill expanded by more than $500m.

The Annual Foreign Trade Report, released this week by the Department of Statistics, revealed that imports continued to expand at a faster rate than The Bahamas’ goods exports.

“Data on merchandise trade for the year 2017 shows that the value of commodities imported into The Bahamas totalled $3.5bn, resulting in an increase of 18.6 percent between 2016 and 2017,” the report found, noting that imports increased by $475.4m.

“The balance of trade (total exports minus total imports) continued to result in a deficit. The trade deficit increased by 18.8 percent between 2016 and 2017, resulting in a negative balance of $3 billion.”

The report highlights the Bahamas’ dependence on imports for virtually everything it consumes, along with its relatively thin export base that is largely dominated by Polymers International, the rest of Freeport’s industrial economy and the seafood/crawfish industry.

Some observers are likely to seize on the data as evidence that raises serious questions as to the benefits of full World Trade Organisation (WTO) membership, which the Government is aiming to achieve by end-2019, given that the Bahamas exports comparatively little in the way of goods.

The Government, though, will likely retort that WTO membership is going to increase merchandise exports for both existing and new industries, given that it will help guarantee access to overseas markets by removing barriers to trade and setting ‘the rules of the game’.

Despite the trade deficit The Bahamas has positive FDI inflows

Export industries also generate valuable foreign exchange, and the Annual Foreign Trade Report only deals with the merchandise or physical goods side of the Bahamas’ balance of payments. It neither accounts for the positive capital account balance, generated by tourism and foreign direct investment (FDI) inflows, nor the services industries that account for the vast majority of Bahamian GDP and could equally benefit from guaranteed market access under the WTO.

With the Bahamas’ goods import bill at its highest level since 2014, the report said machinery and transport equipment accounted for the greatest share of 22.3 percent at $775 million, up from $669 million in 2017.

The next greatest share was fuel-related products, at $554 million or 15.9 percent, with food and live animals worth $533.6 million generating a further 15.3 percent share.

“Included in the Food and Live Animals categories were conch, salt and beer. Three commodities, ‘expansible polystyrene’ valued at $92.6 million; ‘spiny lobster tails frozen’ at 78.1 million; ‘other compounds containing a pyrimidine or piperazine ring’ at $36.8 million, totalling $207.5 million accounted for some 90.7 percent of total domestic exports.”

The US remained the Bahamas’ major trading partner, supplying $2.18 billion in imports and purchasing the majority – some $375.507 million worth – of this nation’s exports for a total trade deficit of $2.442 billion.

“While the US ($2.8 billion) maintained its position as the Bahamas’ main trading partner, representing 81 percent of total imports, there was a significant amount of trade as it relates to imports between the Bahamas and Puerto Rico ($62.2 million), which showed a substantial increase over 2016’s $48.9 million,” the report found.