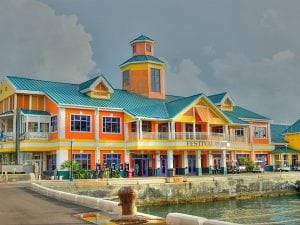 Early stages of improving the visitor experience are underway

Minister of Tourism and Aviation Dionisio D’Aguilar told Guardian Business yesterday that the government is looking at a proposal for the redevelopment of Nassau’s cruise port, that was submitted during the tenure of the former Progressive Liberal Party (PLP) administration and recently resubmitted.

D’Aguilar was responding to concerns that the government might have been looking at proposals for the redevelopment of the port without putting the job out to tender. However, he said the Free National Movement (FNM) government rejected this particular proposal when it came to office last year, and asked the entity to resubmit one that was more “beneficial” to the Bahamian people and more “transformative”.

According to D’Aguilar, the government is still in the very early stages of trying to understand what to do with the cruise port to improve the visitor experience.

The port will likely be controlled by a public-private entity

He has said repeatedly that the port should be controlled by a public-private entity similar to Nassau Airport Development Company or Arawak Port Development Limited.

While nothing formal has been issued by the government in terms of asking for proposals, D’Aguilar said due to the popularity of the government’s position on the port, proposals have been submitted unsolicited by companies and consortiums who think they have solutions for one of the Caribbean’s busiest cruise ports.

“We’re in the infancy stage,” he said. “We have had companies that have come forward.”

A request for proposals may be issued in due course

D’Aguilar said government might issue a request for proposals (RFP) as it gets closer to understanding what to do with the port. He added that he knows of another group ready to issue a proposal to the government.

The port’s welcome center, known as Festival Place, had been undergoing renovations for a number of months under the former PLP administration. D’Aguilar said last year that scarce resources caused the renovations to remain unfinished. The former administration, before it was voted out of office, seemed convinced however that a renovated Festival Place was to open imminently.

He added that this country is still one of the most popular destinations for cruise lines sailing from the east coast of the United States to The Bahamas and the Caribbean.