The Bahamas was able to reverse negative trade trends in 2017

A recent Inter-American Development Bank (IDB) publication revealed that global exports from The Bahamas grew by 29 percent this year, when compared to last year’s performance. 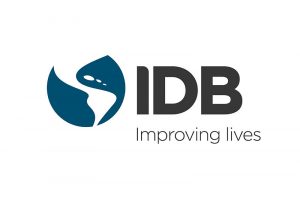 The report, titled “Trade Trends Estimates Latin America and the Caribbean 2018 Edition”, showed that The Bahamas was one of 18 countries in the region to reverse negative trade trends in 2017.

According to the report, Latin American and Caribbean exports grew at an estimated year-on-year rate of 13 per cent in 2017, following a 3.3. per cent decline in 2016.

The Bahamas’ exports to countries in the European Union grew “strongly”

This year’s improvement for The Bahamas was hinged on a 23 percent sales increase to the United States. In addition, exports to countries in the European Union grew “strongly” by 66 percent and represented one fourth of the growth.

Exports to the Caribbean, on the other hand, fell by 59 percent. Exports to Asia, excluding China, also fell by 63 percent but exports to China grew by four percent.

In comparison to other Caribbean countries, Jamaica’s overall exports went up by 11 percent, Suriname by 15 percent and Trinidad and Tobago by 13 percent.

According to the report, exports of Caribbean countries grew 11 percent this year and reached $15 billion.

“Exports increased in all countries of the subregion, except Barbados and Haiti,” the report added.

To read the report in its entirety visit https://publications.iadb.org/handle/11319/8698